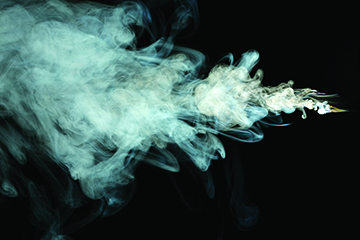 What you need to know about the TB 133 repeal.

The longtime industry standard governing the flammability of materials used for public setting seating is no more. California Technical Bulletin (TB) 133 was repealed in January by the California Bureau of Electronic and Appliance Repair, Home Furnishings, and Thermal Insulation (BEARHFTI), the governing body responsible for overseeing testing for such materials. Eliminating the outdated regulations of TB 133 allows us to bring The Art of MTS to applications that  greatly benefit from more cost effective, environmentally sustainable, and aesthetically pleasing public seating.

Technical Bulletin 133 had been in place since 1991 and mandated an “open flame” test for any furniture that could be used in a public setting. The test, which manufacturers typically passed with heavy use of flame retardant materials, was controversial for multiple reasons.

The test was thought to inaccurately represent the situations in which a fire was likely to spread to furniture. In the nearly three decades since TB 133 went into effect, the furniture manufacturing industry and BEARHFTI developed other standards, like TB 117-2013 that more accurately tested the fire performance standards for furniture used in public settings.

“BIFMA manufacturers have reviewed fire safety statistics for several years and questioned the need for California TB 133 given no statistical differences between the state of California and other states not requiring TB 133,” said David Panning, Director of Technical Services at BIFMA. “In addition to our furniture industry, the scientific community and firefighters pressed for California to repeal TB 133 given their concerns with fire retardant chemicals.”

Many of the flame-retardant materials used in response to TB 133 carried significant health risks. Some, including those often used for furniture in college dormitories, were known carcinogens, forcing a choice between compliance with fire performance standards and health considerations.

For these and other reasons, BEARHFTI determined that TB 133 was obsolete and voted to repeal it in January, a move supported by the scientific community, firefighters and the furniture manufacturing industry.

What does this mean for furniture manufacturers?

While TB 133 is no longer in effect, furniture manufacturers must still comply with TB 116 and TB 117-2013, both of which mandate different testing standards for material flammability.

TB 117-2013 itself is an updated version of a California Technical Bulletin originally passed in 1975. The revised version still employs a modified version of the open flame test in addition to what’s called the Resilient Filling Material Test, which measures how likely filling materials are to ignite in the presence of a smoldering heat source, like a non-filter cigarette. BIFMA considers the test a more than adequate replacement for TB 133

“California TB 117-2013 has been the de facto national standard for six years in both residential and commercial environments for upholstered furniture,” said Panning. “Fire safety statistics continue to show favorable trends which are attributed to relevant furniture standards (and other standards beyond furniture), sprinklers, smoke detection, and cultural views on smoking.”

As a result of these standards, MTS gains flexibility in material choices.

TB 133’s repeal opens the door to healthier, more environmentally friendly materials gaining wider use. The Art of MTS is about embracing the future, and we’re excited for the freedom to create it.